“Chocks Away” For September Aviation Auction

Bosleys, along with sister auction house Marlows of Stafford, will be holding it’s 5th Annual Aviation Collectors sale at the Ravon Court saleroom Stafford on the 12th September. Collectors of this specialist field will be pleased to see a good selection of badges including two examples of the Irvin Parachute Company Caterpillar Club badge. One example awarded to then F/Sgt Harry Wilson, a front gunner in s Stirling Bomber of 218 Squadron, is accompanied by a detailed account of being shot down after his aircraft was attacked by a night fighter; the rear on fire, the order to “Bail Out” shouted and been unable to do anything, locked in his turret, unable to get to his parachute, only after a frantic cry over the R/T was his turret opened, he was the last to jump, now so low his parachute did not deploy fully and he was injured on landing. The account goes on to record his evasion from France and return to the UK May 1944, while four fellow crew members were killed in the crash. One not so lucky RAF pilot is represented by a Pilot's tunic and Aircrew Europe Star medal group attributed to Pilot Officer Roger William Burton who’s 85 Squadron Hurricane was shot down and he was killed on the 20th May 1940 during 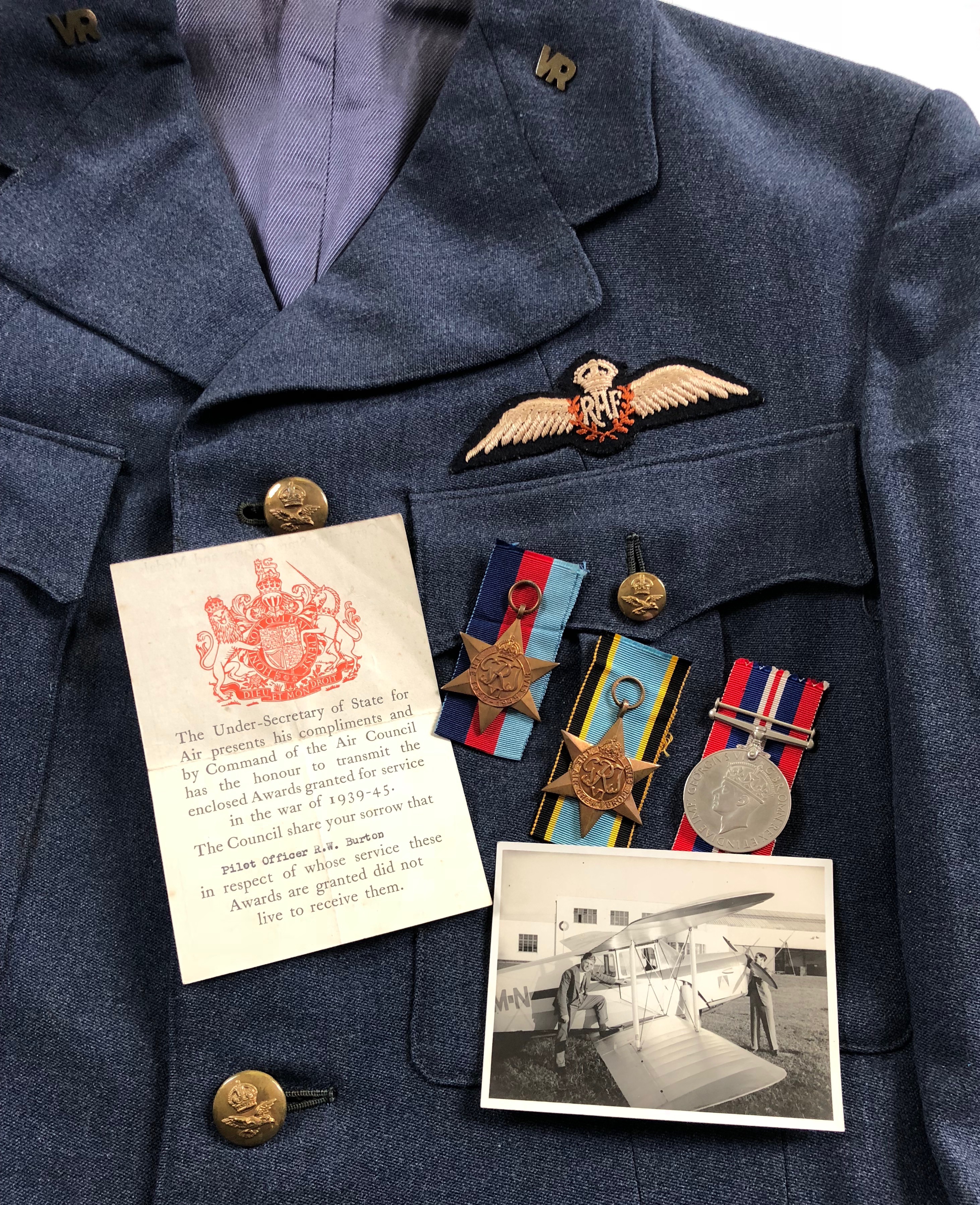 the Battle of France. Flying clothing will feature with a number of irvin flying jackets, flying helmets and the advance collector will have the opportunity to bid on a number of rare original Battle of Britain period items, these will include a B type flying helmet with D type cloth oxygen mask retaining the rare flat type Mk 19 microphone combination, a 1932 pattern British issue (green) Mae West in very good condition, pre war pattern white flying suit favoured by the “Glory Boys” of Fighter Command and examples of the 1936 and 1940 pattern flying boots. The Luftwaffe is not forgotten with a selection of flying clothing and accessories including a large Navigators wristwatch, winter weight flying helmet and 1940 period brown light weight flying suit.  A large archive of official Air Ministry and MOD Black and white photographs have been consigned recording British Aviation from it’s early days, but this collection includes an impressive and important selection of post WW2 Cold War period images, recording both aircraft and personnel. Civil aviation will be represented by a number of lots of vintage British Airways and Concorde items and also the pioneering pre WW1 days of flying with a rare two blade wooden propeller by the Integrale Propeller Company of France.  The sacrifice and bravery of the Flying soldiers of WW2 is not forgotten with the consignment of two Glider Pilot Regiment Logs Books, both were to fight at Arnhem, one a 1st Pilot of B Squadron would be Killed in Action on the 25th September 1944, the day his unit received the evacuation orders. The other written out by S/Sgt Higgins a 1st Pilot of “F” Squadron, this log is accompanied by medals and photographs, going in on the 1st day, after intense fighting, he was one of the lucky ones which recrossed the Rhine back to safety, an official war photographer captured his image with fellow weary paratroopers shortly after reaching safety, the official caption saying it all “Back from the Hell of Arnhem”. 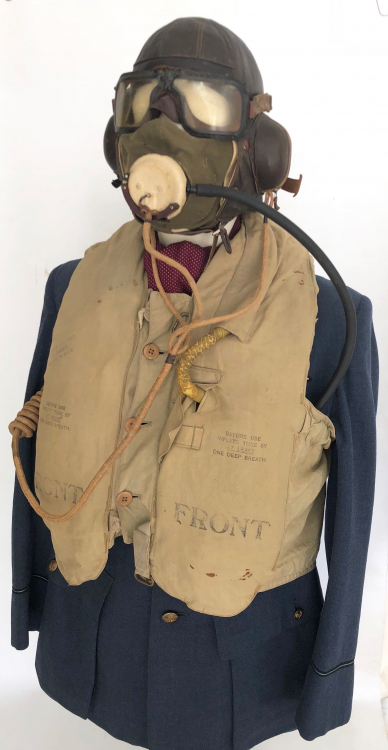 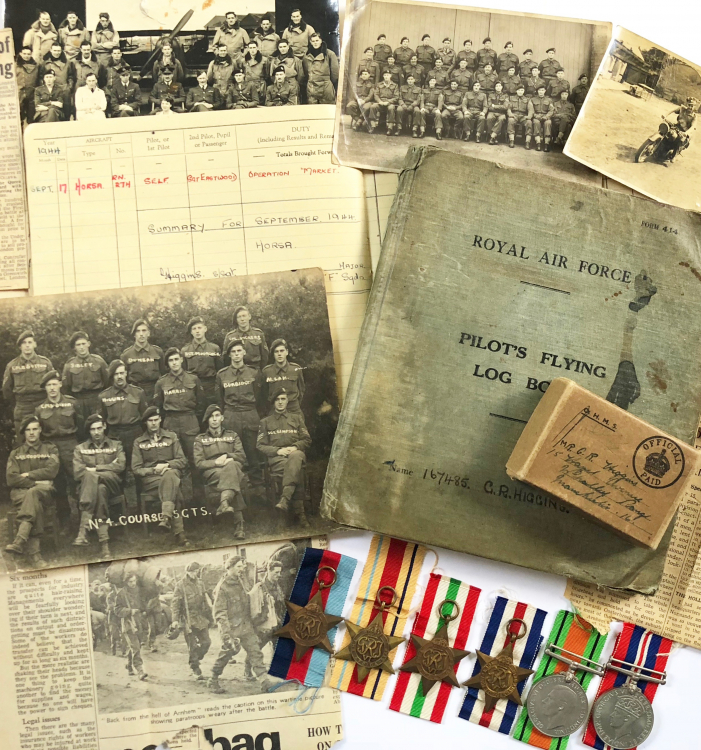