The annual Aviation sale was held on the 15th September and despite the restrictions of the UK Covid lockdowns, an interesting selection of quality aviation collectables was on offer.
After an intense internet battle of bidders, the hammer fell at £12,500 for lot 8, the outstanding Operational Jericho Amiens Gestapo Jail Break Raid medal group of Flight Lieutenant M.N. Sparks AFC. The operation was described by the Commanding Officer at the briefing as a “Death or Glory” operation Along with his navigator, flying his Mosquito aircraft at only 10 feet, he approached the target, bombs gone full throttles, he cleared the prison roof with only a few feet to spare. The medal group was accompanied by his RAF flying logbooks and a fine archive of photographs. Another medal group, this 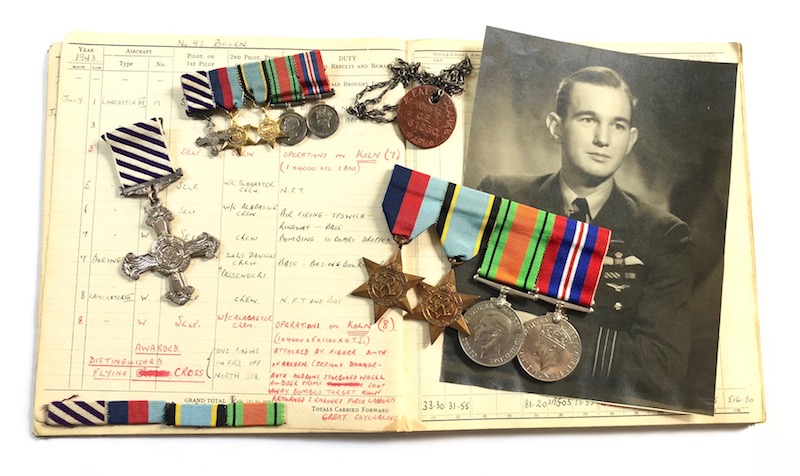 time a fine Distinguished Flying Cross group awarded to Squadron Leader Alfred Eaton Clarke DFC of 97 Pathfinder Squadron who on a raid to Koln, after a night fighter attacked pressed on to the target and then got his crew home safely on three engines.  Complete with logbook and a fine portrait photograph it sold for £3,400.
For those aircrew unfortunate to have been shot down over enemy territory, they were represented by a rare collection of escape and evasion items. These included the escape pack carried by Sergeant J H P Lawrence 62 Sqn in the Far East containing silk map, translation card and safe conduct sheets sold for £440. A rare Issue cigarette lighter with concealed escape compass sold for £400. Four lots comprised various RAF plotting table markers, these proved popular with both UK and overseas bidders with the highest price of £1,800 paid for lot 11. A rare Air Marshal’s pre WW2 RAF parade uniform sold for £900 and and accompanying sword belt with special pattern Air Officer billets sold for £540. Remaining with the RAF ceremonial dress a fine Officer’s sword by Wilkinson 1920 sold for £540 and a later Elizabeth II example again by Wilkinson sold for £420.
The success of the aviation sale has lead to confirmation that next September 2022 will see the 8th annual aviation collectors sale. Please feel free to contact the Auction Team to discuss consignments. 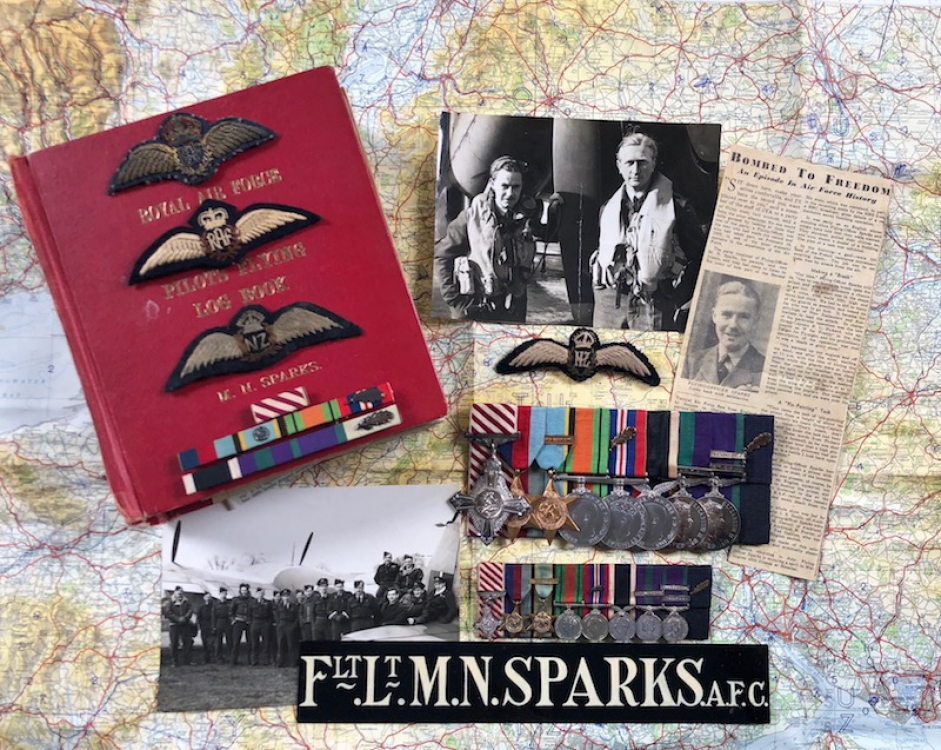 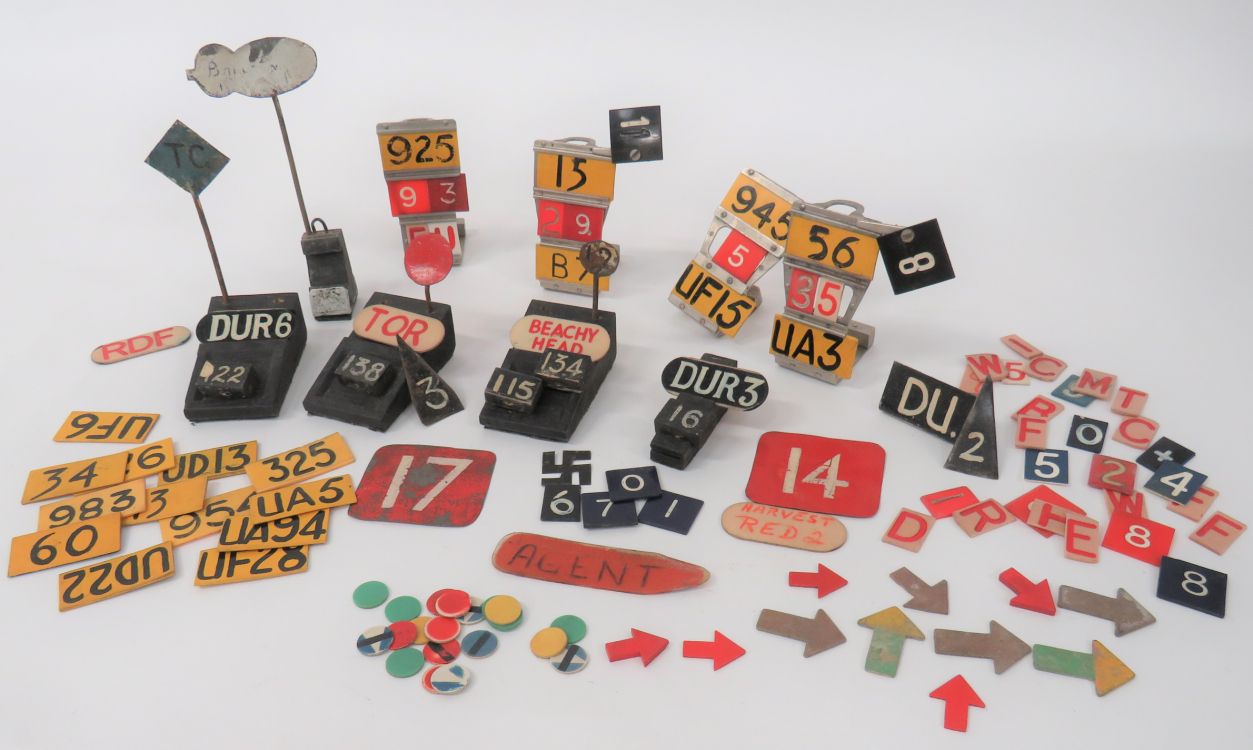