Bosleys & Marlows Military Auctioneers held two auctions during the summer months, The 29th June saw a sale of Military Antiques and Collectiables at the Marlow, Buckinghamshire saleroom and on the 13th July our second specialist Arms and Armour Auction was held in our Stafford salesroom. Both sales saw brisk bidding and high demand for the rare items on offer. 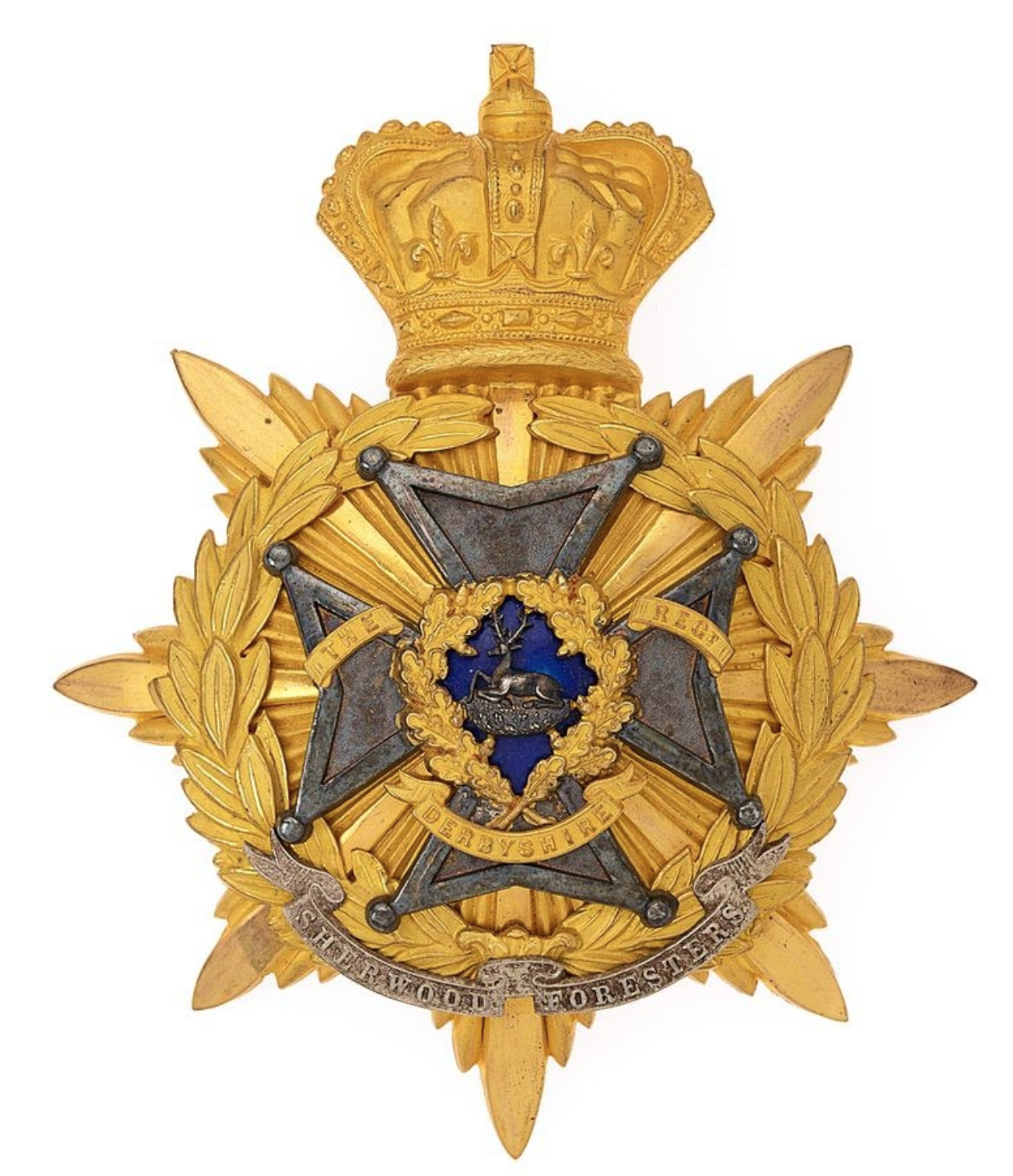 The 29th Sale saw 410 lots go under the hammer and Lot 1, a Sherwood Foresters (Derbyshire Regiment) Victorian Officer's helmet plate, selling for £540. Remaining with the regiment a 95th (Derbyshire) Regiment of Foot Victorian Crimean War Albert pattern shako plate sold for £1,400. A Canadian Army WW1 Trophy belt. a fascinating Great War era time capsule covered with badges of the Canadian Expeditionary Force, created international bidding and sold for £880. The vendor of lot 200, a No. 1 Commando Battle of Sedjenane DCM Casualty Medal Group. Awarded to Lance Sergeant Albert Baker, Grenadier Guards and No. 1 Commando who was awarded the DCM for gallantry during the Battle of Sedjenane in Tunisia and would later loose his life fighting with the Commando in Burma, was in for a great surprise; an inheritance for a distant relative they had no idea of value and  were shocked when the group sold for £7,200. This was not the highest price of the day as a very fine 17th Lancers (Duke of Cambridge's Own) Victorian Officer's lance cap sold for £8,400 and the following lot was a foul weather cap again to the 17th Lancers and with the regimental pattern Death's Head skull bosses supporting the gilt chin chain sold for £5,600. The German military section saw a number of “Bring Back” lots the trophies of war and these including a pair of 8 x 60 Kriegsmarine U Boat Binoculars  by 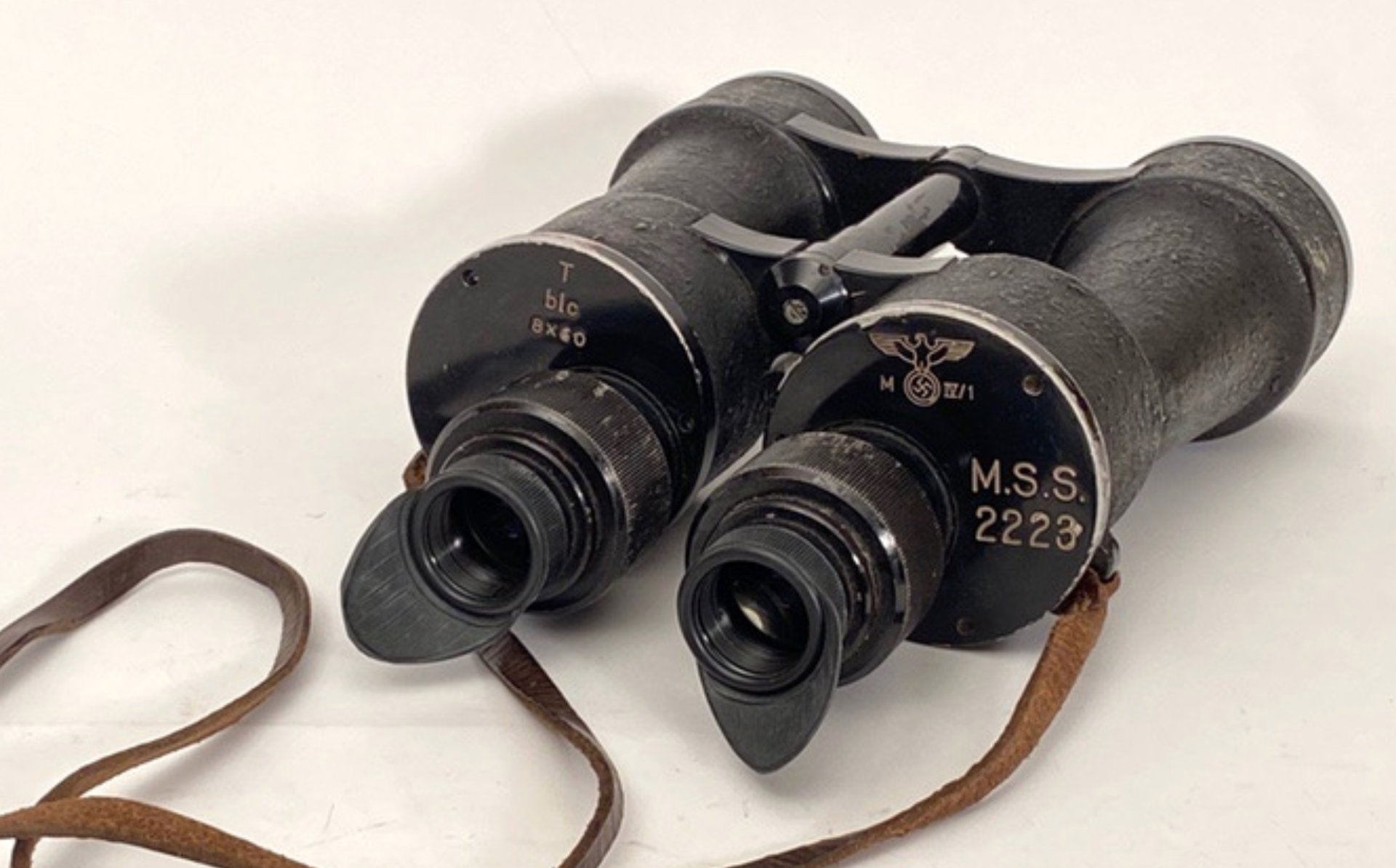 Carl Zeiss Jena which sold for £4,000. A selection of Escape & Evasion original items saw a very rare example of a Playing Card Map with full Provence from WW2 to Bosleys rediscovering the item within a collection in June this year. The Jack of Spades Playing card, the rear peels back to reveal a part map of Germany, was formally the property of Air Marshal Sir Charles Edward Chilton, KBE, CB. Poker faces from two bidders allowed the hammer to drop at £860.

The 13th July saw our Stafford salesroom host our second specialist Arms & Armour sale with 353 lots all these lots had been consigned from private sources and started with swords which saw a 18th Century Horse Grenadier Guards Sword sell for £1,200, followed by a 1798 Pattern Highland Officer's Broadsword by Harvey selling for £1,000. A strong bayonet and fighting knife section saw a classic early example of the hook quillion 1907 bayonet issued to Northamptonshire Regiment selling for £460 and a second example the Middlesex Regiment selling for £400. A superb example of the rare 1st pattern Fairbairn Sykes Commando Fighting Knife sold for £2,600, and for those wanting to know how commandos were trained to 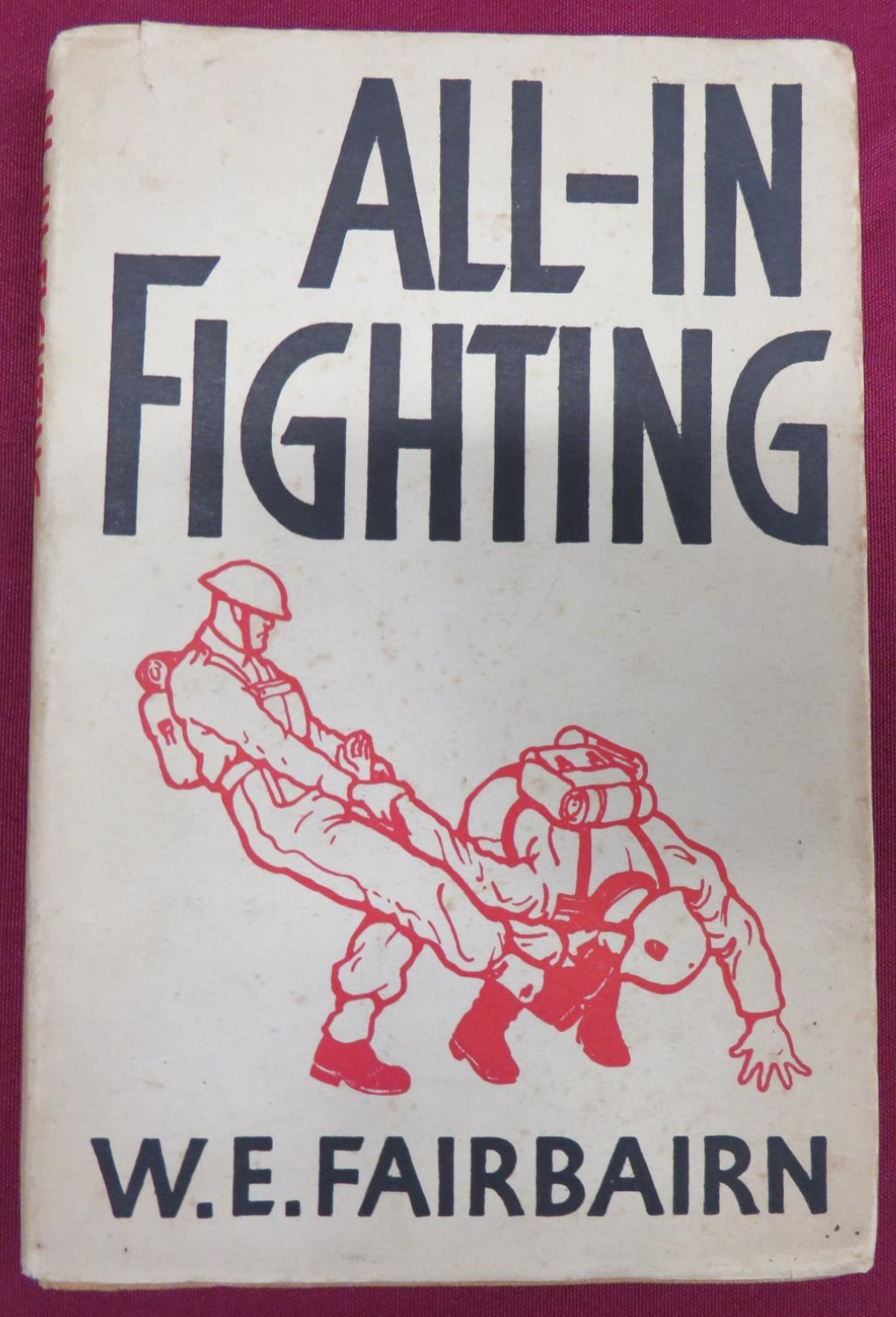 use the knife could have bid on lot 202 ‘All-in Fighting’ Combat Fighting Book. Original Edition which sold for £360.
The antique gun section saw a very fine pair of early Cased Pair of Durs Egg Flintlock Pistols 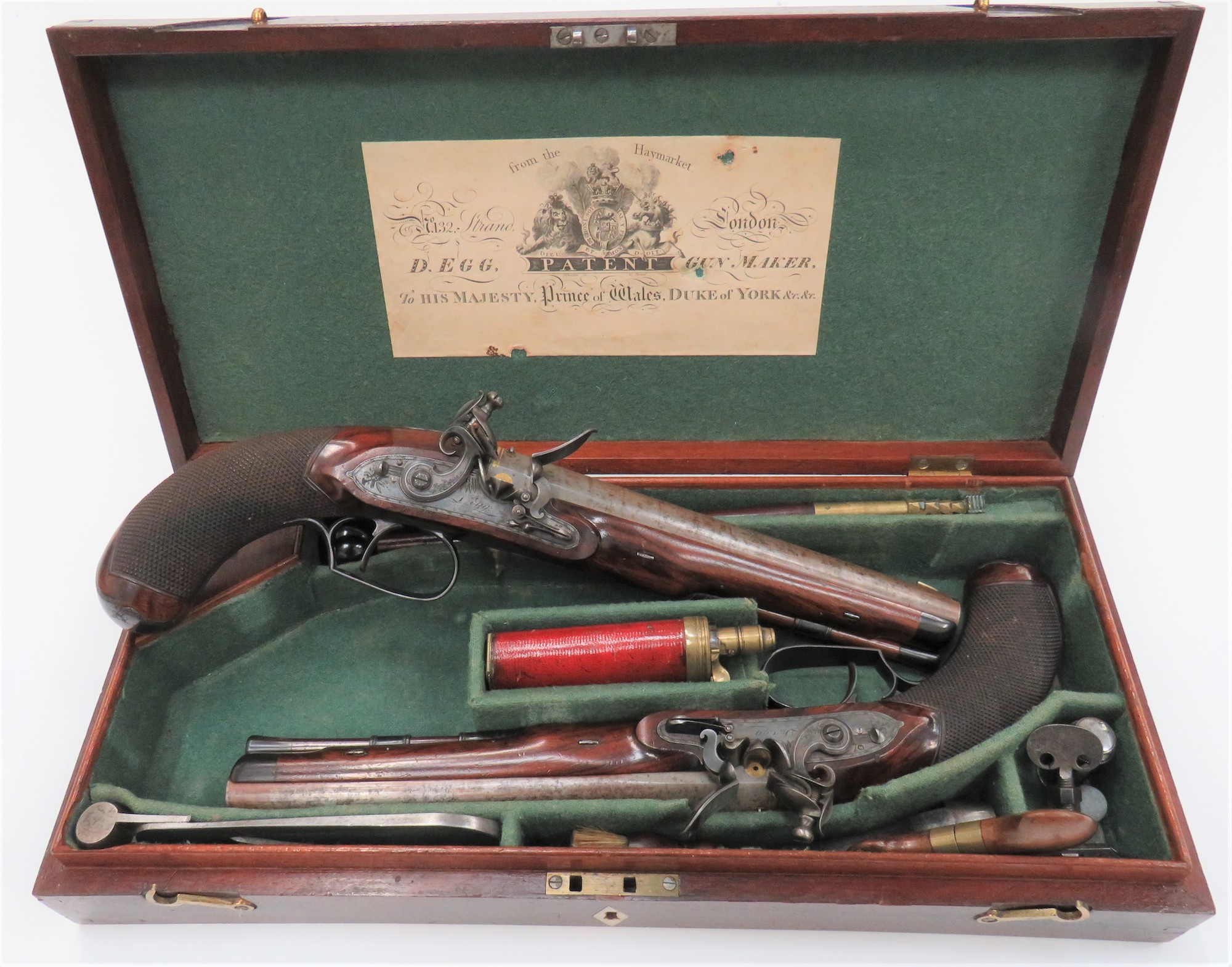 Deactivated weapons remain popular many of those consigned upgraded by Bosleys to current standard for our clients. This section saw a American MIAI Thompson Sub Machine

Consignments are now been excepted for our future auctions the first to be held in September. Links to our results and online catalogues can be found on the website. 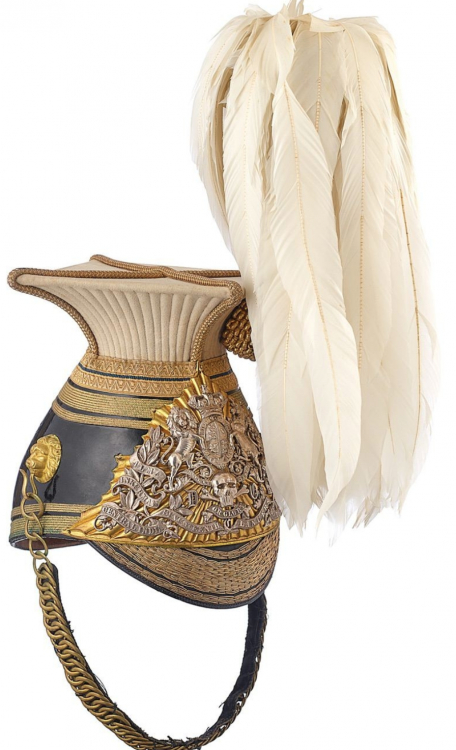 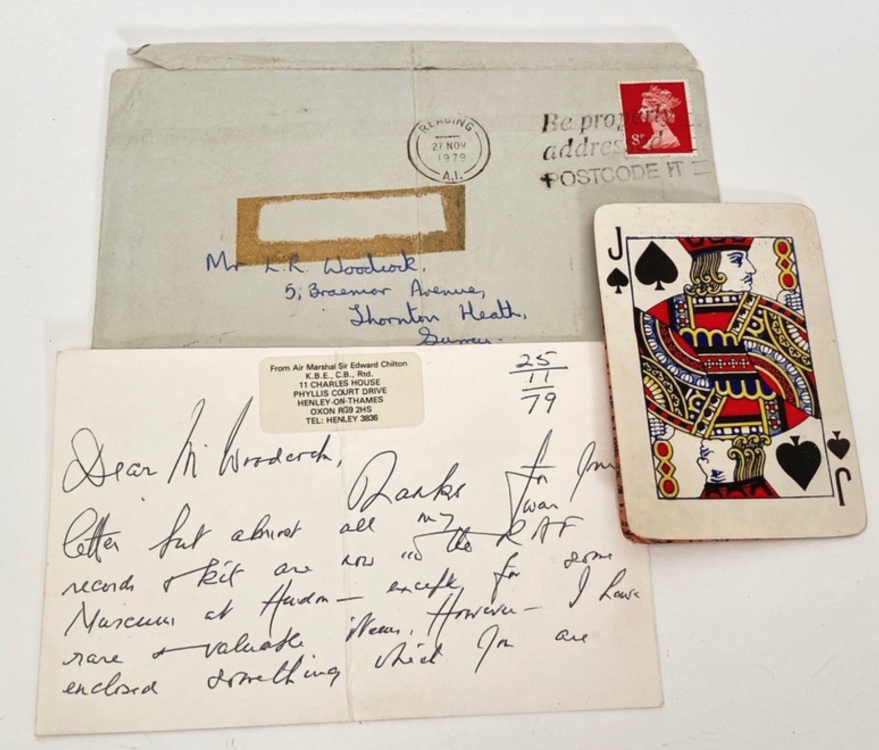