Heatwave Does Not Deter Bidders in July Auction

Despite Weather Predictions for Thursday 26th July to be one of the hottest days of the year, the British roads would melt and this would be followed by great thunder storms and flooding, it did not put off the bidders for our July Auction here at Ravon Court Stafford. Those who decided not to risk the travelling in the heat, instead sat in the comfort of their homes or in one case his holiday beach armed 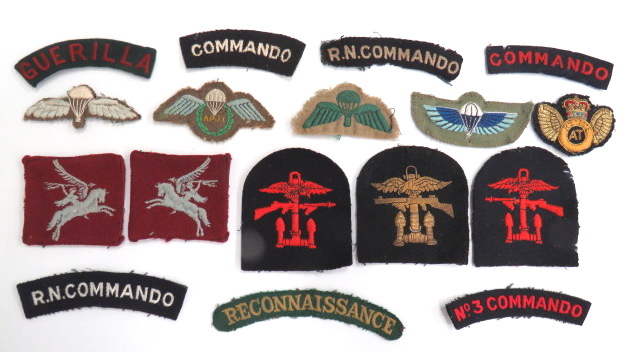 with computers and took advantage of the live internet online bidding. One such  case was lot 32 a small selection of Special Forces Badges, a determined room bidder could only keep his hand in the air as he fought it out with an internet bidder, the latter winning only when his bid reached £1,500. Another interesting lot consigned by a family member was a rare memento of “Dad’s Army” the Home Guard, comprising a wooden chest and contents used by Sgt J C Gardner of the 58th County of London (CS) Battalion HG Admiralty Company in his duty as a Bombing & Grenade Instructor. The chest contained an array of grenades and manuals and had laid undisturbed since WW2 in the family home. The hammer price fell at £1,100. This sale contained a fine selection of antique firearms consigned by a variety of vendors and the highest price paid was for 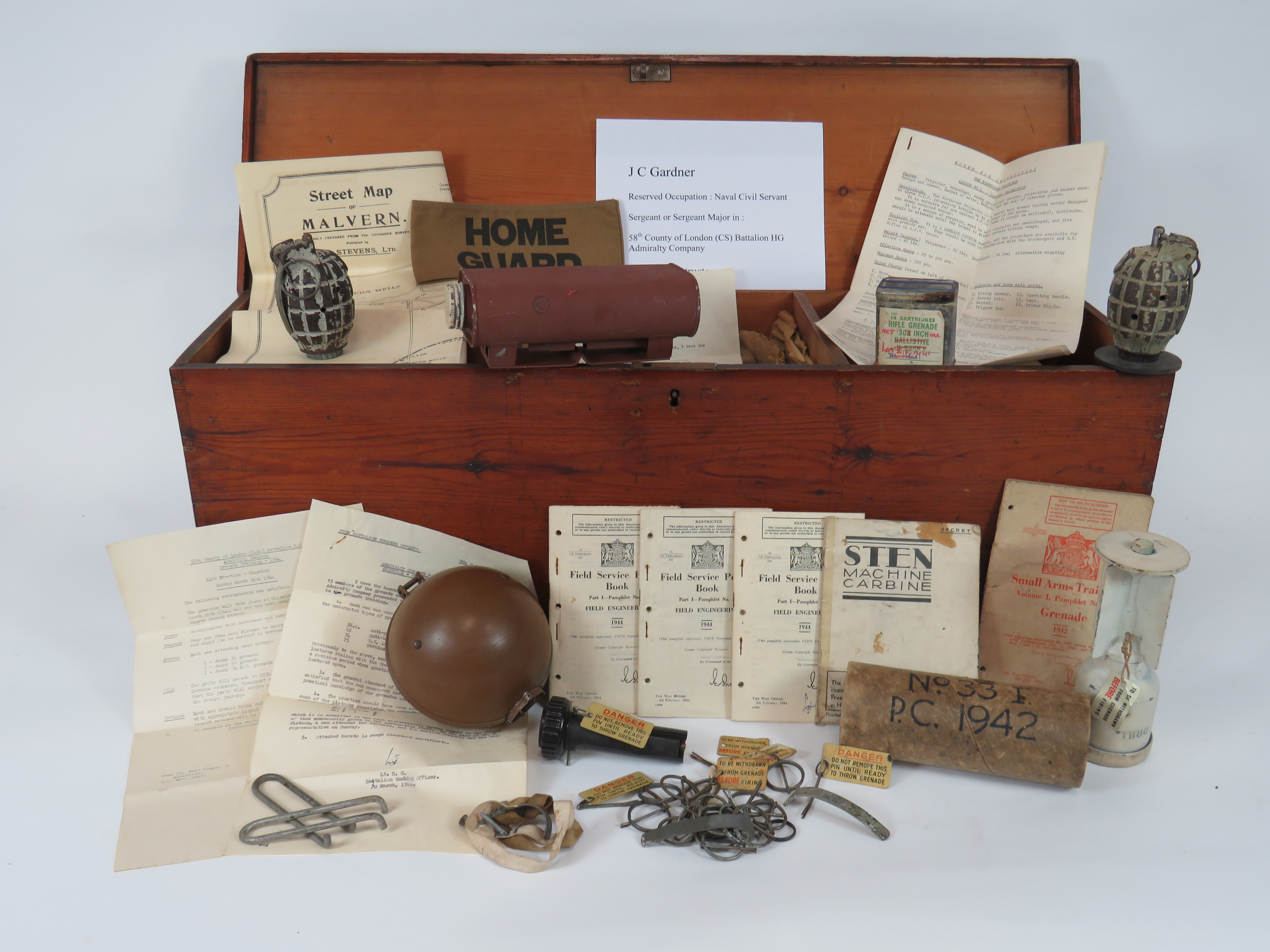 a fine and rare example of a Short Land Flintlock Musket of The Blues of York Regiment c 1745. Dating to Bonny Prince Charlie and the  Jacobite Rebellion as the Scottish army advanced towards York, the city made preparations for its defence,  forming a small regiment known as the  “The Blues of York”. Robert Watkin gunsmith received a contract from the city to supply 100 muskets for the regiment. The history and direct link to the Jacobite Rebellion helped the hammer to fall at £4,000.

A slightly later Napoleonic War period Brown Bess carried by a member of the Westmorland Volunteer Militia sold for £1,900. Also an early 19th Century Flintlock Double Barrel Shotgun by Smith, this having 16 bore, 30 inch, browned Damascus, side by side barrels sold for £1,300. Consignment have already began to arrive for our November sale and with the UK law now settled on the ruling of deactivated weapons this sale will see a good and quality selection. Details of this sale will be posted soon. Press for Results 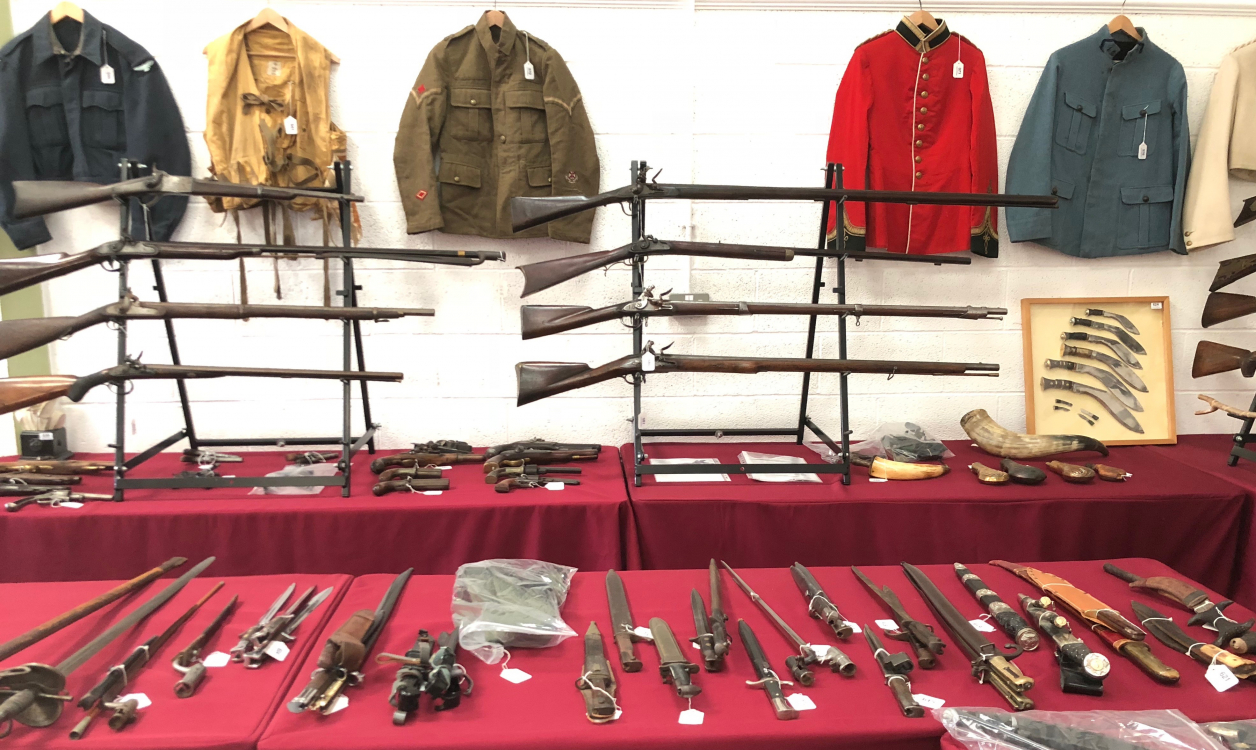 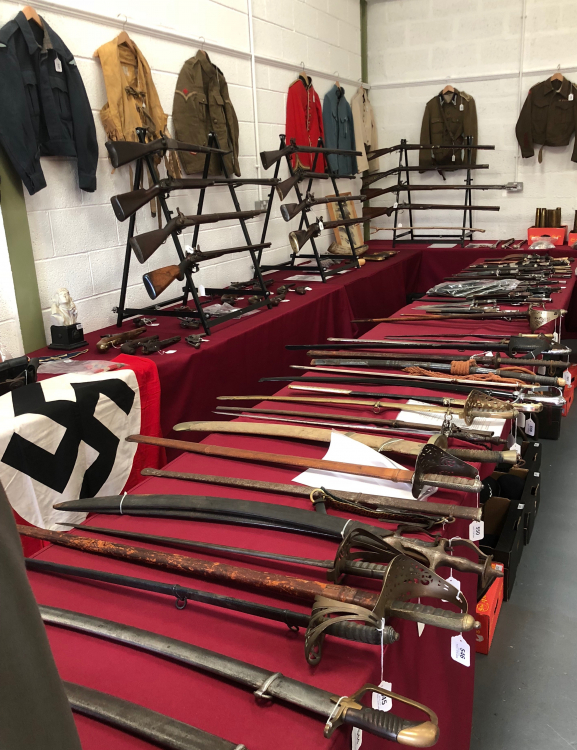