Our last sale of 2017 took place on the 23rd November and contain 667 lots of guaranteed original military antiques. The sale began in the traditional way with a selection of over 150 lots of badges and buttons. The latter including the last part of an important international collection of British Military uniform buttons spanning from the Georgian coat buttons through to the end of WW2. The collection has taken three years to sell through ourselves and our sister company Bosley's. Although this may have been the end of this collection there were a number of lots which created a great deal of international bidding.. Lot 161 - Victorian & Georgian buttons selling for £800, closely followed by Lot 156 a similar lot at £700 and although excavated, Georgian buttons in Lot 110 still sold for £320. Indian Army badges remain in demand at Marlows with Lot 9  a good selection of Indian Cavalry Badges including silver examples selling for £600 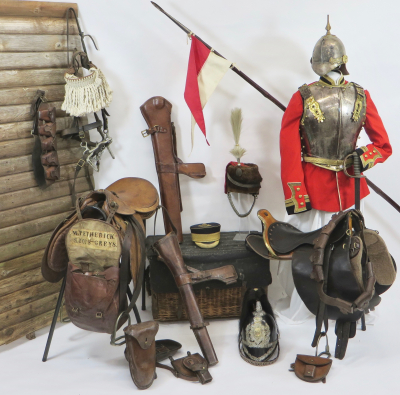 A scarce item consigned was a WW2 RAF Prisoner of War diary and gold Caterpillar Club badge awarded to a Flight Engineer who bailed out of his burning Halifax Bomber and was held captive in the famous Stalag Luft III Camp, this being the location of the Great Escape.  In fact his pilot was one of the “50” who were executed on the orders of Hitler following the Great Escape. The hammer fell at £750.

As the sale drew to its conclusion the auctioneer, Bernard Pass, began the Arms & Armour section which was to produce some of the fiercest bidding of the day. The room remained full, the telephones ready and the internet charged, the first sword a Continental possibly Spanish swept hilt rapier selling for £2,200, closely followed by a rare Polish Model 1934 sword which sold for £1,800, with a second similar example selling for £1,100. A fine and scarce 1856 pattern Lancer percussion pistol sold for £850, and very good example of the 1858 percussion Cavalry pistol hammered at £550. A number of vendors took advantage of Marlow's new service of taking the headache out of upgrading deactivated weapons for auction  (See Marlows News For details) and this was true of Lot 599 a Vickers Machine gun and tripod which smashed through the £1,000 barrier to sell for £1,200 and a WW2 Dated MK1 Bren Gun sold for £550.

A full list of results for this sale is available on our results page and don’t forget our first auction of 2018 will be on the 8th February. 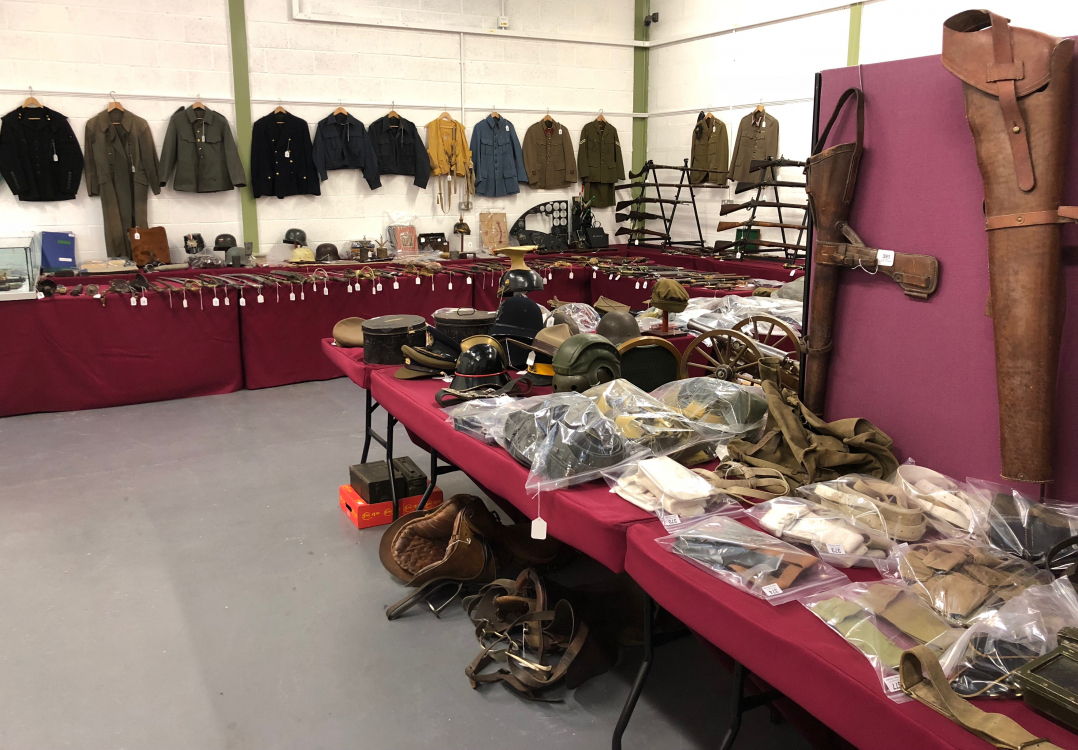 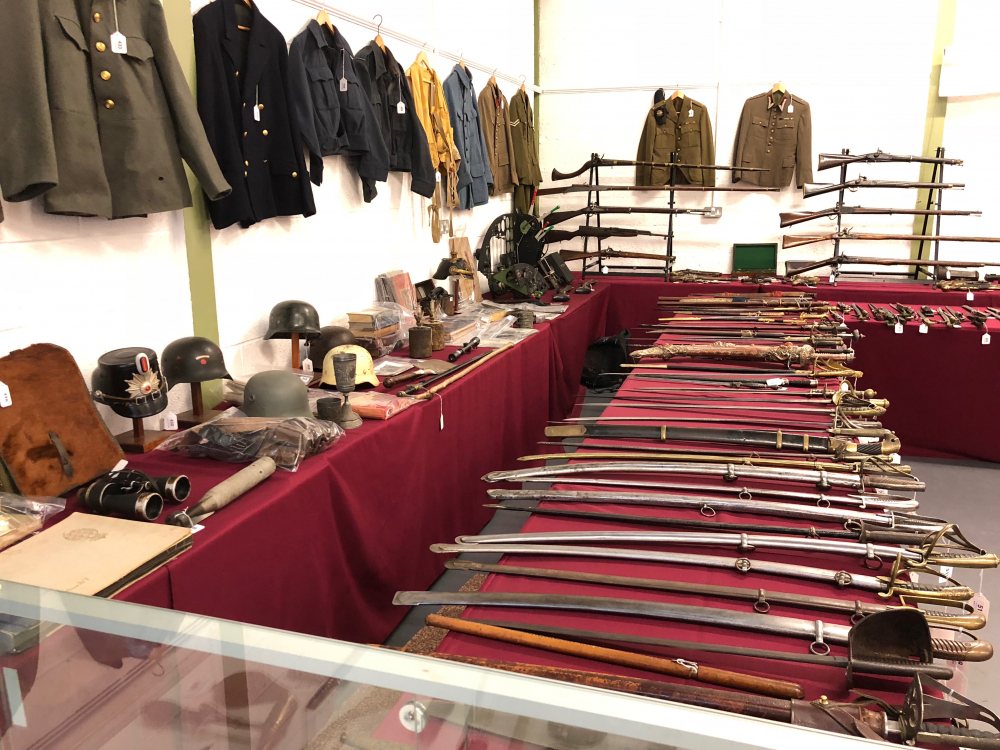 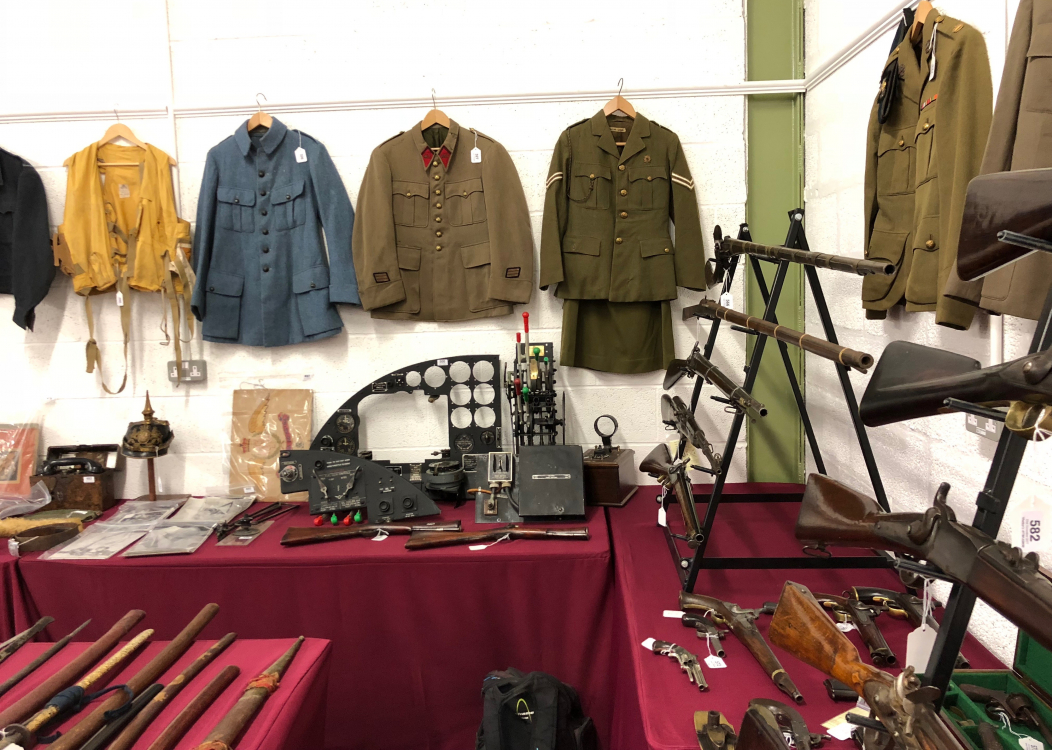