Bosleys & Marlows held their first combined specialist Arms & Armour auction on the 20th April and this proved a great success with both buyers and vendors.
On offer were 341 lots, the first section dedicated to swords. The highest hammer price in this section, a rare East Indian Company 1828 Addiscombe College Sword of Honour presented to Major John Nixon Sharp Bengal Engineers who served at the

Battle of Maharajpoor 1843 and died in India 1856, selling for £2,800. The sale saw a number of high quality presentation swords and that presented to Lieutenant Charles Edward Molineux of the Staffordshire Rifle Volunteers showed the great skill of this cutler, which helped it sell for £1,700. This was closely followed by a Light Cavalry pattern sword presented by the King of Hanover to the Duke of Beaufort in 1847

selling for £1,600. This price matched that paid for an impressive Napoleonic War Period Yeomanry Officer’s sword retailed through Joseph Dean of London 1791 to 1804.
The sale contained a selection of fighting knives and daggers and an Important WW2  “Lord Lovat” 4 Commando Fighting Knife, one of only a few originals known to have survived achieved a hammer price of £7,200.
Mid auction saw a selection of bayonets, powder flasks and gun tools, plus a selection of British Cavalry helmets. A very good example of an Officer's helmet of the 2nd Life Guards which featured in the book Head Dress of the British Heavy Cavalry by Rowe sold for £5,000 and a 4th Royal Irish Dragoon Guards Officer 1871 pattern helmet sold for £2,000.
The sale closed with a fine gun selection, the majority consigned from two large private collections. A very good example of a Battle of Culloden 1745 period land service pistol dated 1744 sold for £7,400 but this figure was topped

by £8,400 being paid for an extremely rare Baker Rifle converted to take a socket bayonet.
Other high prices in the gun section were £4,600 paid for a Scottish all steel pattern Flintlock Belt Pistol by Bissell. A similar £4,600 paid for a rare Napoleonic Period Sergeant's Brown Bess Musket and Bayonet and £5,600 for a rare British Baker P1813/27 Cavalry rifled carbine.
A second specialist auction of Arms and Armour is planned for July and at the time of going to press already 200 lots have been consigned.
See Our Results Page for a full list of prices. 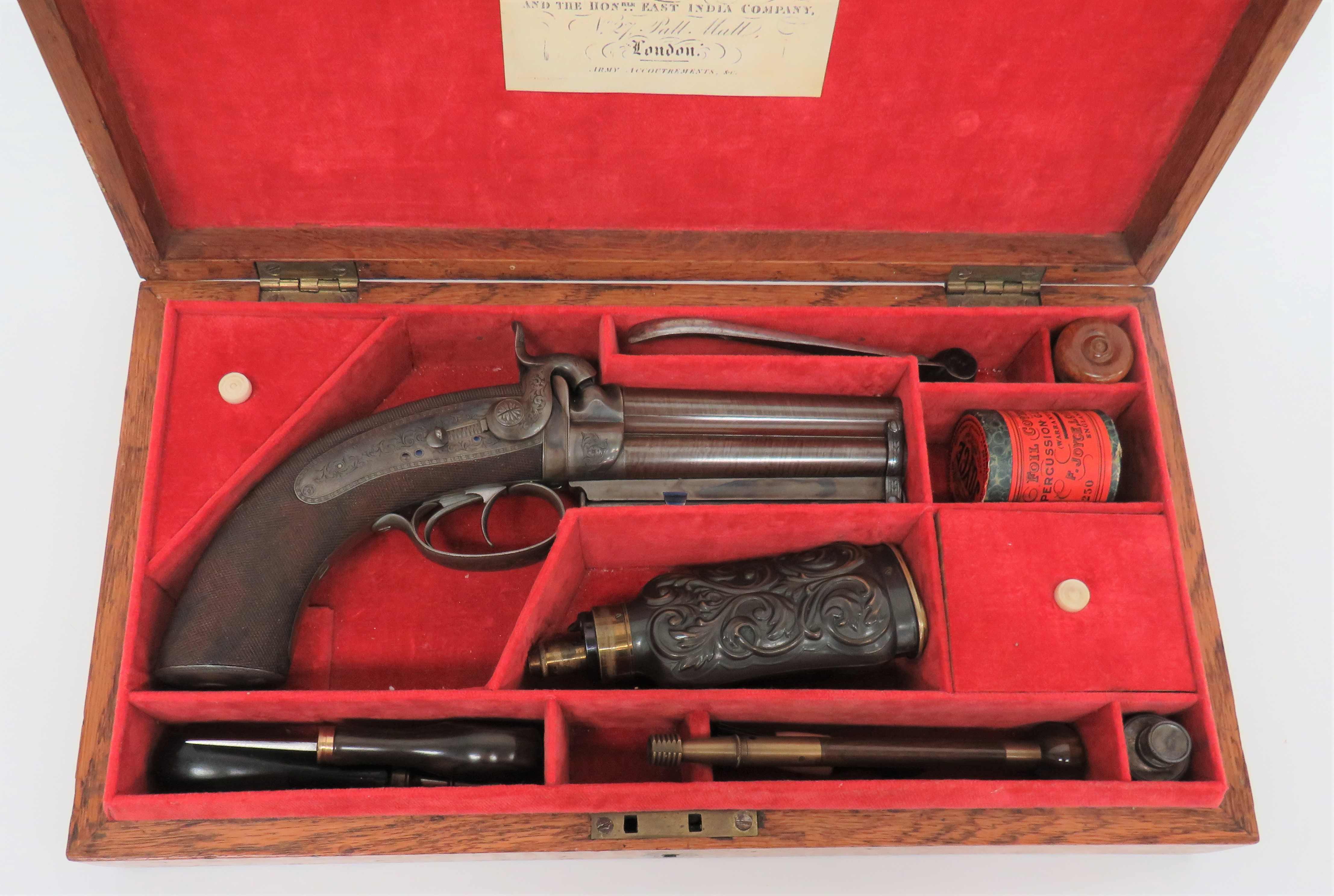 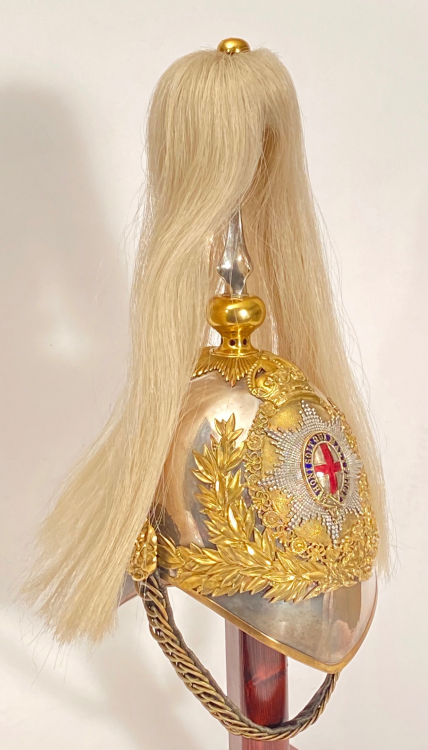