Their spirits high Watch out Kaiser, the Dundee Jocks are on their way !

When you attempt to comprend the millions of casualties of the Great War it becomes a blur, an impossibility, but every now again, we are reminded that those millions were individuals, their deaths, rippling out to their families and friends. A consignment for our November 24th sale, the month that we as a Nation pause and remember those who make the ultimate  sacrifice for our country, tells of one man’s very short time on the Western Front.

Private Charles Stewart Wallace a Territorial serving with the 4th (City of Dundee) Bn Black Watch must have been like most men in 1914, preparing for the great adventure, couldn’t wait to get his hands on the Kieser and his men. He probably couldn’t wait to get "out there" hoping he would be in France before the fighting was bound to be over,  before Christmas.  In fact the Battalion was mobilised and was ordered to guard and patrol coastal defences. It was not until the 2nd May 1915, that Private Wallace set foot on French soil. He joined his Battalion and only a week later on the 9th  found himself standing in the front line, ready to do what he had set out to do from the start  and give the Kaiser a bloody nose.  Waiting for Zero Hour 6am the orders were to attack Aubers Ridge and then advance south-east to turn the German defences of La Bassee from the north.

In the true spirit of their nation they went "over the top”, they took their first objective the German front line, but their flanks were exposed and Germans counter attacked, inflicting heavy casualties to the Battalion. By the end of the day, Private Wallace was one of the 230 Other Ranks who had been Killed. The Battalion had only one Officer remaining unwounded or dead. The Battalion was left in such a sad state it was forced to amalgamate with 2nd Battalion

So ended Private Charles Stewart Wallace’s life, having only spent 7 days in France, but he can rest knowing that his name and face is still remembered 101 years later. 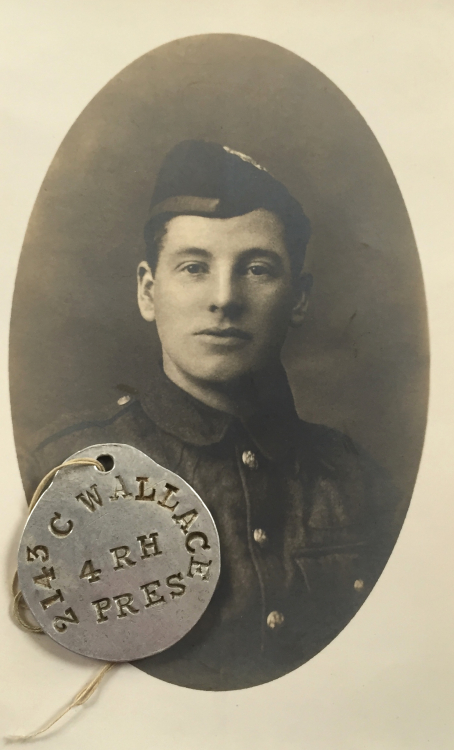 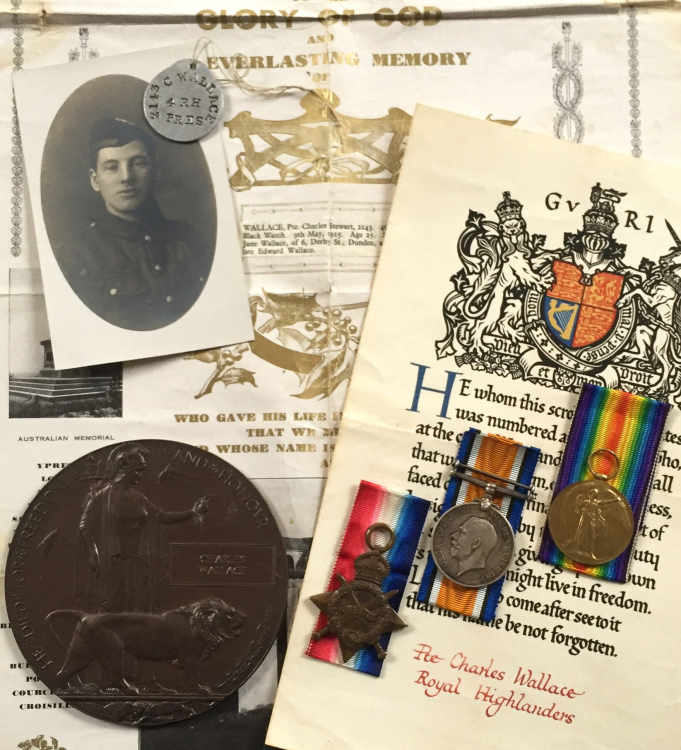